“Come Together”: The Congressional Remix 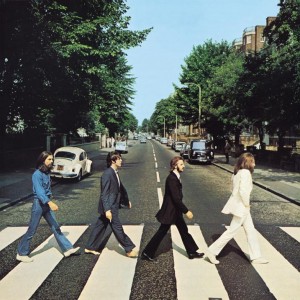 Here’s the pop album cover I’d like to see. Walking across Constitution Avenue in D.C., these four rock-and-rollers: Harry Reid, Mitch McConnell, Nancy Pelosi, and John Boehner. Striding confidently left to right, one of them barefoot, a nondescript Volkswagen bug in the background. And all the classic rock tunes on the disc the result of collaboration between hard-edged, distinctive personalities who don’t much see eye to eye . . . and frankly don’t even get along.

If the Beatles could do it with Abbey Road, then why not our American Congress?

By the year 1969, the Fab Four was not so fab, and they were definitely four people and not one united band. Drugs and paranoia and egos and money and inept business decisions had made them a bickering and hostile collection of individuals. Yoko Ono had come along, disrupting Lennon’s marriage and inserting herself into recording sessions, much to the others’ irritation. Things were so tense in the Apple studio that it was a relief when visitors like Billy Preston dropped in to play keyboards for “Get Back,” or Eric Clapton to help out on “While My Guitar Gently Weeps.” The Beatles behaved more civilly toward one another when guests were around.

After an acrimonious time producing “Let It Be,” all four were ready to go their own way. Then, to the world’s surprise and joy, the Beatles decided to return, despite their major differences, and record one more classic album. To go out with a bang of rock-and-roll excellence. They might violently disagree on style and substance. John might prefer a collection of gutsy singles while McCartney loved tinkering around with four or five “bits” stuck together into a montage, a bemusing shtick about a mean Mr. Mustard, Polythene Pam, and someone coming in through your bathroom window protected by a silver spoon.

But the Fab Four put aside their grievances. They agreed to disagree. They split the difference – doing the front side of the LP John’s way, the back more like Paul wanted it. Put simply, they figured out that the world’s greatest band needed to rise above the things that divided them and simply come together, groovin’ up slowly. Because, after all, they were the Beatles. And in the end, the love you take is equal to the love you make.

So I frankly don’t understand why Republicans in Congress can’t join their Democratic adversaries in the studio. And when the Dems complain: “You Never Give Me Your Money,” McConnell can counter: “All right, we’ll give you half of what you’re asking for. We can’t afford a silver hammer for Maxwell, but will this $14 kind from Home Depot suit you?” In turn, Obama’s party can perhaps concede that in these lean fiscal times, we can’t afford federal subsidies for an octopus’s garden.

So come on, you guys, just make an album already!

I'm a math professor at San Bernardino Valley College - awesome place! - and author of adult Christian fiction. Lisa and I have two grown daughters and four grandkids.
View all posts by David B. Smith →
This entry was posted in Beatles, Politics. Bookmark the permalink.