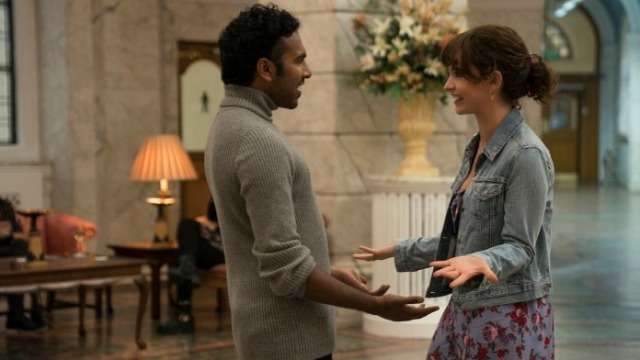 You’d have to be a Beatles fan, but the new film “Yesterday” is a wonderful nostalgia-drenched ride. Its basic premise is that the entire world has blinked . . . and all of a sudden, only Jack Malik has any memory of songs by the Fab Four. So out of the blue, this inept songwriter is coming up with brilliant new tunes. There’s a stunning scene early on where Malik begins quietly singing McCartney’s hit, “Yesterday,” for three female friends of his who have never heard anything from him beyond June-croon-spoon. The look on their faces as those classic lyrics bathe them for the first time . . .

The film nicely grapples with the reality that he’s morphing himself into a global phenom by plagiarizing the creative brilliance of others. But the whole movie is really stolen by actress Lily James, who seems to be luminous in every role she picks. You’ll hardly recognize the same blond beauty from “Mamma Mia” or “Downton Abbey,” but this story of unrequited love between her and Malik is very touching.

The soundtrack is awesome, of course, and the film has tons of inside jokes, some of which I’m sure I missed. But if you’re a fan of John, Paul, George, and Ringo, don’t miss it. I enjoy ditching work and seeing a classic like this when I’m 64. See, like that.