OKAY, MAYBE I DON’T GET IT 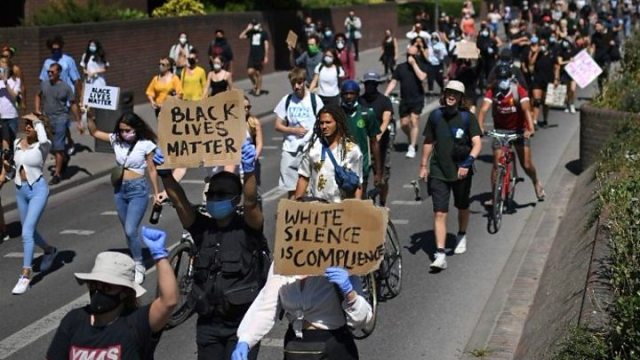 It’s a tragic reality that even the most heartfelt and somber protests can swerve off into eruptions of violent rage. Our First Amendment is a fragile jewel and it’s heartbreaking when a good cause is thwarted by temper tantrums – and sometimes outside opportunism.

I’ve lived a life of white middle-class privilege, so confess I don’t understand all the emotional layers of, say, a black-lives-matter rally. When a misguided person throws a brick or robs a Best Buy, I concur that the penalty needs to be swift and sure. At the same time, the person who fell into evil is my fellow human, my brother in this broken-down race. If I had a relative, say, a nephew who was arrested for his folly, I hope I would be both frustrated with him . . . and also sympathetic, praying and working for his redemption.

I’ve always appreciated Arthur Hailey novels for their social conscience. In his bestseller, “Wheels,” he lays open a scene on a Detroit auto assembly line, where workers of all races try to build the world’s coolest cars. An insensitive line foreman calls a young black worker “boy,” just an inadvertent slip. But another black employee takes offense and slugs the foreman! Pandemonium! The foreman wants the violent offender fired, the union wants the foreman demoted.

But one of the black workers makes this little speech, which is an eye-opener to me. “Man, you ain’t black, you don’t know what it means; not rage, not anger. It’s a million goddam pins bein’ stuck in from time you was born, then one day some white motha calls a man ‘boy,’ an it’s a million ‘n one too many.”

Here’s what’s wrenching to me as I leaf through the story to find this scene. I bought that paperback novel in the Hong Kong airport, August of 1973. The sticker’s literally still on it: 15 Hong Kong dollars. I was on my way back to the U.S. after teaching summer school in Bangkok following  my freshman year at Pacific Union College. This inner-city tale of woe happened a half century ago; some needed changes don’t happen quickly enough.

Again, I haven’t lived in that neighborhood and I haven’t worked on that assembly line. But for sure I’d say this. If federal forces need to be sent to a city to help keep things safe, okay,  then do it. But do it quietly and don’t do it with swagger. Don’t say things like: “If there’s looting, there’s shooting.” Don’t do it with jingoistic boasting and the waving of a metaphorical nightstick. Because these people are all our fellow Americans. They’re still family.